I joined Keylane – a company that creates software for insurers – in April 2016. As their first web designer within a large team of developers, I had something of a pioneer role.

I started with a visual overhaul of the user interface for one of their platforms (Keylane Axon), and as I learned more about the platform I developed a vision for the future. This vision included documenting design standards, as well as designing and prototyping a number of new UI elements. 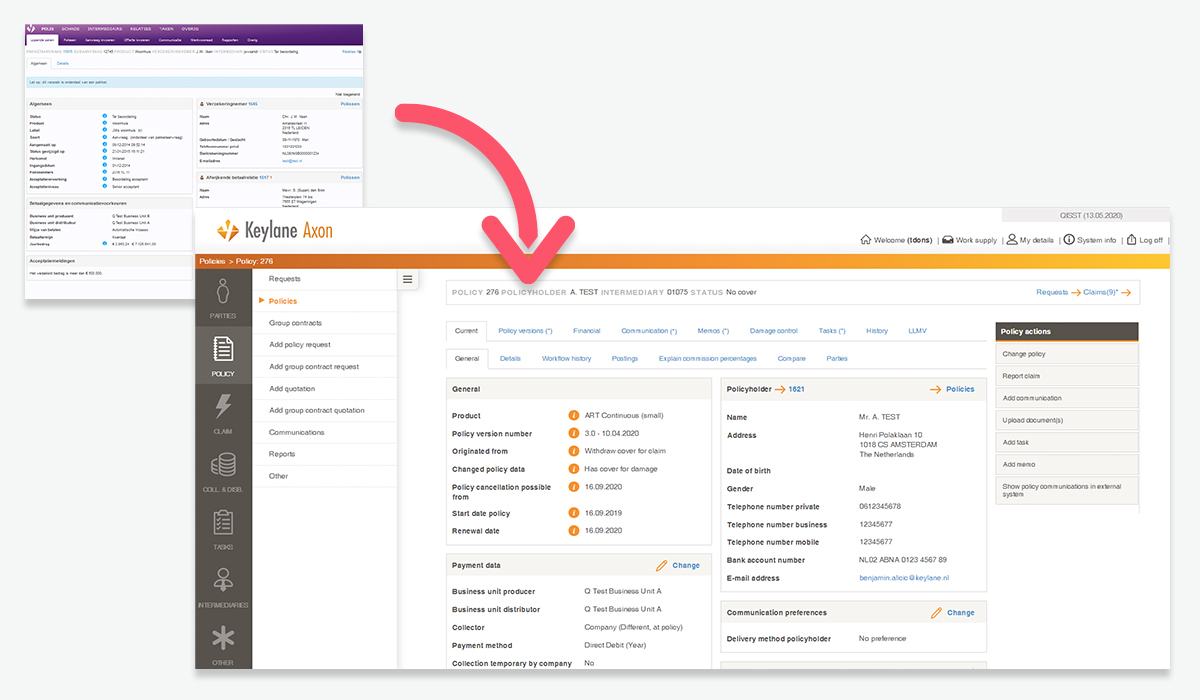 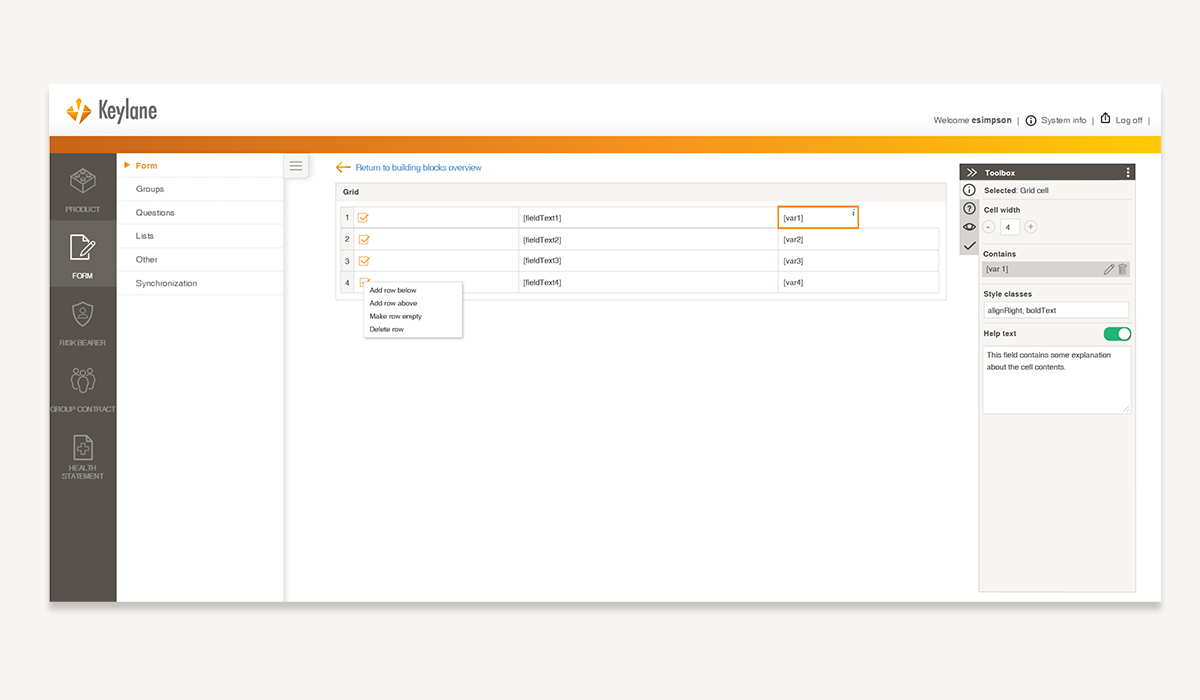 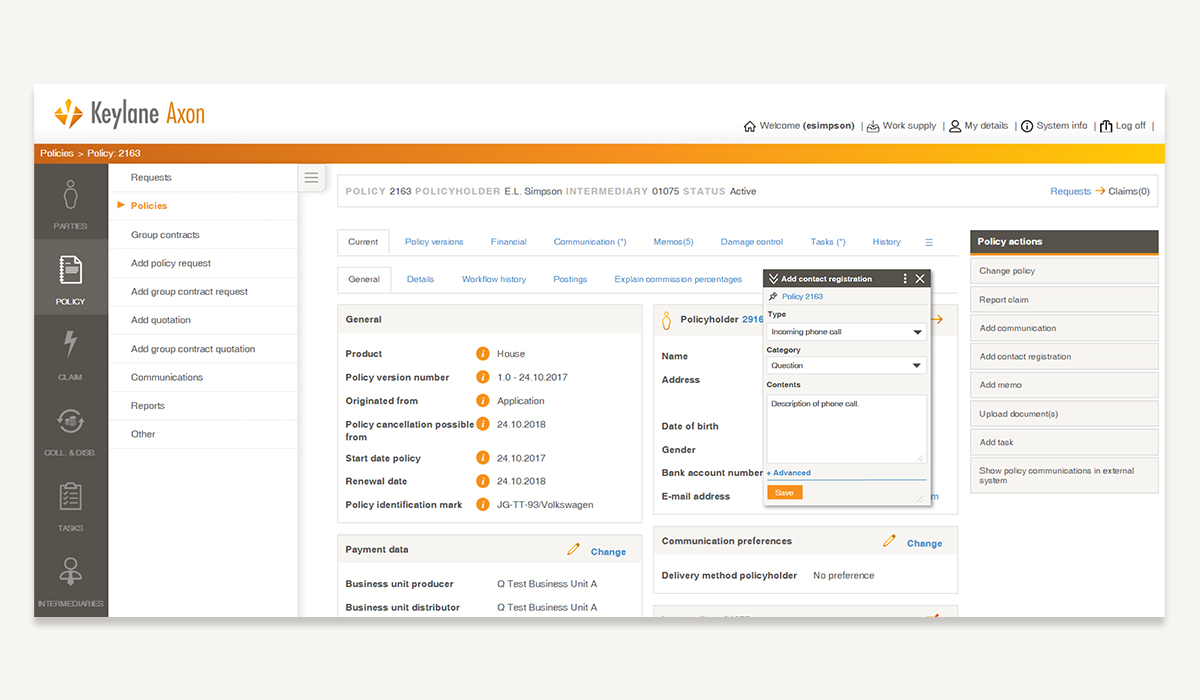 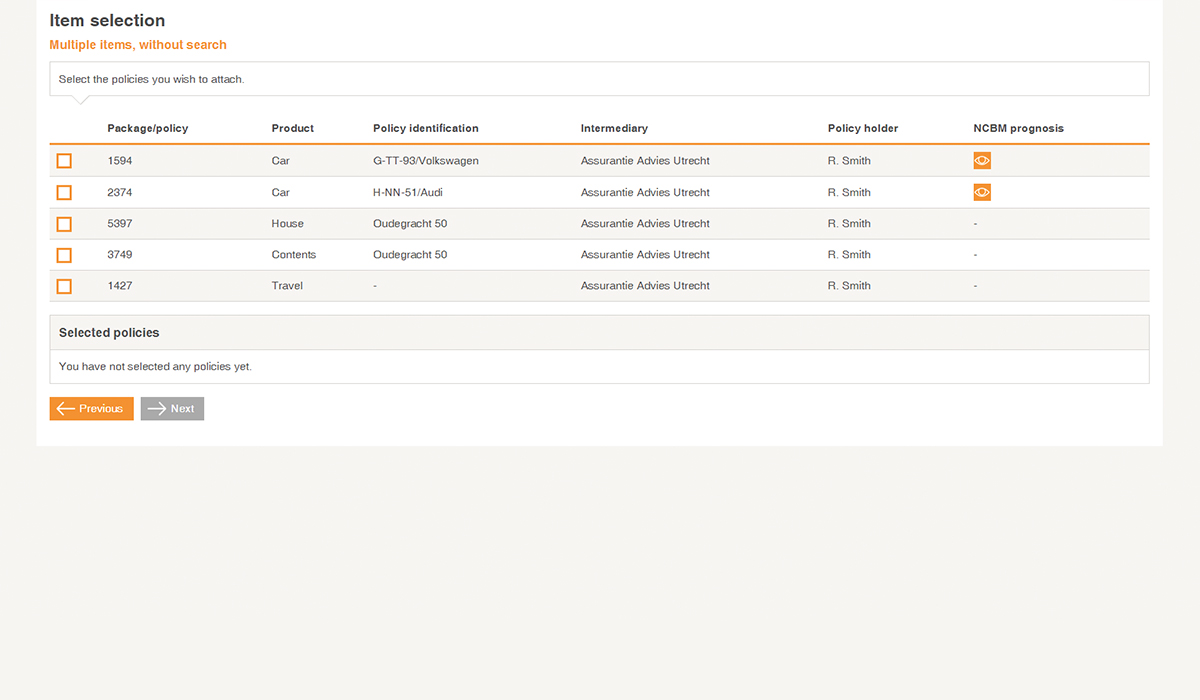